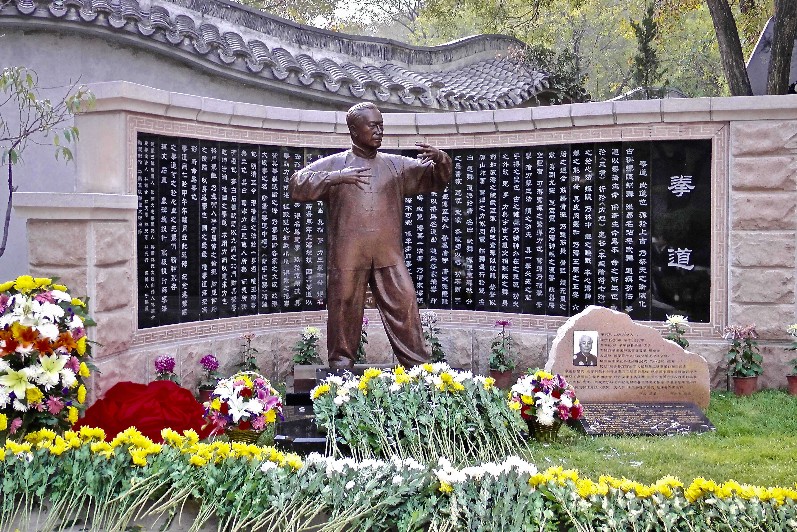 A brief history of Standing Like a Tree
From the Way of the Fist to the Open Hand of Healing
Text: Richard Reoch, Photo: James Moore
The art of “Standing Like a Tree” has a long history. It has evolved over 27 centuries. Once handed down as a secret treasure by masters to their students, it is now openly taught and practiced.
Originally found only in China, it is now part of world culture.
The origins of “Standing Like a Tree” lie in some of the earliest studies of the natural world around us and the life energy in our own bodies.
The ancient sage, Lao Tse, described this art in his famous collection of verses, the Tao Teh Ching – one of the most widely translated books in the world. Describing the practice of internal energy cultivation, he wrote:
Standing alone and unchanging, one can observe every mystery.
Present at every moment and ceaselessly continuing, this is the gateway to indescribable marvels.
The art was first taught publicly in Shanghai in the mid-20th century.
Known as  Zhan Zhuang (pronounced “jam-jong”), the powerful postures of “Standing Like a Tree” were part of the mind-body training used in the martial art system of “The Great Accomplishment.”
This heritage was publicly honoured in the early 21st century with a double-life size statue of Great Grand Master, Professor Yu Yong Nian, who became China’s leading authority on the system.
The bronze statue is framed by a curved wall of black marble carved with white Chinese calligraphy. It tells the history of the martial tradition – described as “the Way of the Fist” – beginning with the “Cicada Sleep” and “Butterfly Dance” of antiquity through to the present era. It says the memorial was erected by the “Community of the Fist” in honour of its many generations of predecessors.
Today, the living lineage-holder of this art is Master Lam Kam Chuen, author of the ground-breaking book, The Way of Energy. It introduced the art of “Standing like a Tree” to the wider world. First published in the 1990s, it has been translated into 12 languages.
Master Lam, trained in traditional Chinese medicine, worked closely with his teacher, Professor Yu Yong Nian, who specialized in western medicine. Together, they took the history and development of the art of Zhan Zhuang even further.
For decades, they studied and developed the internal power of the “Way of the Fist” so deeply and thoroughly that they were able to transform that energy and use it as the power of the Open Hand of Healing.
It has helped countless people on the road to health.
Chi Kung Newsletter
Melde Dich für Neuigkeiten und besondere Angebote an!
Du erhältst den Newsletter circa einmal im Monat und kannst ihn jederzeit wieder abbestellen.

Thank you for signing-up

Please click on the link in the email that has just been sent to you.